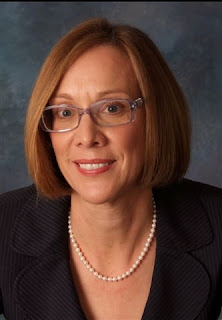 State Representative Courtney Combs has proposed a bill in the Ohio House of Representatives that will require employers to check a potential employee’s Social Security number against the federal government’s E-Verify system before hiring. The bill is a major step to solving the problem of illegal immigration, and too long in coming.

For years southwest Ohio has been a leading voice for stronger, more intelligent immigration policies from our federal government. Federal immigration policy has failed. As such, local and state governments must do what they can to make America a safer place to live. Three other states, Arizona, Mississippi and South Carolina, have already passed similar statutes. By necessity, more and more states are taking steps to protect our borders. Ohio should be a leader in this movement.

America is a land of freedom, but it can only remain that way if we protect our borders. People from all over the world come to America to seek freedom, but as a nation we must insist that they do so legally. Our nation is dependent on the enforcement of laws to protect our freedoms and the failure to enforce our immigration and naturalization laws is a direct threat to those freedoms.

I want to commend Representative Combs for taking the initiative to protect the people of Ohio. Preventing illegal immigrants from working in Ohio, and punishing the employers that violate this law, will produce an immediate and substantial impact in protecting Ohioans.
Posted By: Matt Hurley at Friday, May 15, 2009

Every cloud has a silver lining (except for the mushroom shaped ones, which have a lining of Iridium & Strontium 90).

Got a hot news tip? Or maybe a comment you'd like to make privately? We just might print whatever you send us, so if you want anonymity, be sure to say so...

WMD For Your Mobile Device

blog advertising is good for you


MENTIONED IN THE OTHER PAPER, (Columbus, OH)


AND IN THE TOLDEO FREE PRESS


"The intellectual accompaniment to this song."
- Peter K.


"One of the best blog names ever."
- BizzyBlog


"(One) of the best right-of-center bloggers in the Buckeye state."
- Steven J Kelso


"[T]he coolest name in the Ohiosphere, and keeps a sharp eye on the treacherous shoals of politics and public affairs."
- Bill Sloat, Daily Bellwether


"WMD Forever!"
- handwritten note from a local politican in a mailing we received.